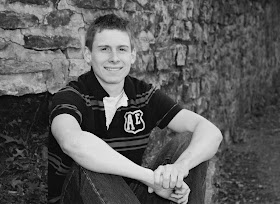 Ask anyone who knew Dustin Chamberlain and they will tell you he was a shining star. Bright, polite, caring and kind, athletic, charismatic, goal oriented and a follower of Christ. Dustin was grounded in his faith and knew that he was being called to serve others through medical missions. But no one could have ever imagined the manner in which he would truly be called- not even Dustin. 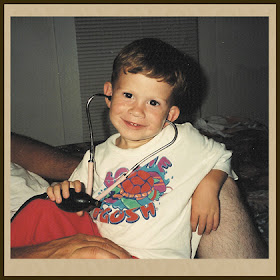 In December of 2011 Dustin completed the first semester of his Sophomore year at Baylor University. Attending Baylor was a dream come true for Dustin and he savored most every moment of it. He was thrilled to have the opportunity to work toward his life-long dream of becoming a doctor and jumped into the Pre-Med/Biology program feet first! As a Pre-Med student he was active in several medical service organizations and The Bear Pit, a crazy-fun Baylor Bears Basketball spirit organization and tradition. He loved being involved, loved the group of friends that he had made and loved being a student at Baylor. 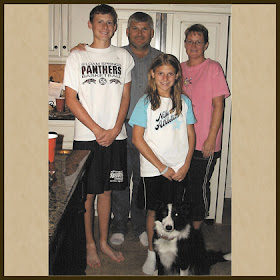 When Dustin came home to Arkansas for a much-anticipated Christmas break, he was excited about spending time with his family, visiting with his parents about a medical mission trip, looking at potential medical school programs and taking a short break from hitting the books. But before he could do any of that he had to have a minor outpatient procedure performed- after that, he could relax and enjoy.

On the morning of December 15, 2011, Dustin was recovering from his outpatient procedure at home in Northwest Arkansas. Although his parents offered to stay home from work and nurse him back to health, he insisted that he was fine and didn't feel as though he needed assistance. His parents agreed that he would be okay without them and his father made plans to come have lunch with him later in the day.

But after his parents backed out of the driveway, watched the garage door shut and drove off to work, their worst nightmare began to unfold.


Lurking in the shadows behind the garage was a stranger, a local man, who had been reported as depressed, suicidal and missing. He stood out there for about two hours, waiting for the family to leave for the day- waiting for the opportunity to enter their home.
But the stranger wasn't quiet about making an entrance, in fact, he is believed to have caused quiet a commotion, which Dustin heard from inside the home.


Home invasions aren't common in the small town of Siloam Springs. In fact, the possibility of a home invasion was probably the last scenario on Dustin's mind. The family dog often got into the garage and made noise, and is, more than likely, what Dustin thought was going on.

But when Dustin made it to the door, he came face to face with an intruder. Neither man expected to run into one another in that doorway that morning. The surprised intruder was armed and fatally shot Dustin 4 times. He then proceeded to pilfer through the house until he finally sat down in a chair in the family room and shot himself.

Dustin's parents loved having him home for Christmas and his mother called him throughout the morning to check on him- but received no answer. Her initial thought was that he was sleeping and recovering from his procedure, but became concerned and asked his father to run to the house and check him. Little did he know at that time, that Dustin had truly gone Home for Christmas. 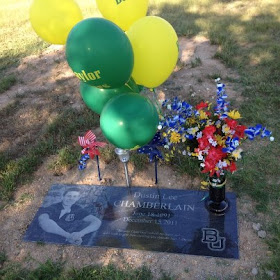 When I first met the Chamberlains they knew one thing about how they wanted Dustin to be remembered. They wanted their son, the sweet auburn-haired boy who had a tender heart and genuine spirit, to be remembered as a man of God, who sought to live his life for Him. They referenced a statement Dustin often made when asked why he pushed himself so hard or worried about making the right decisions and that was, "Because I love God and don't want to give him less than my best." He also had a verse he loved- Hebrews 12:1-2, that the family wanted to incorporate along with his photo, a vase and the Baylor University Logo. 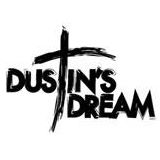 Dustin never could have imagined the manner in which he was called to serve, but his parents, family and friends now know that Dustin was called in a unique and special way. He was called to serve with his memory in a way that will continue to touch countless people around the world through The Dustin Chamberlain Memorial Foundation, also known as Dustin's Dream. 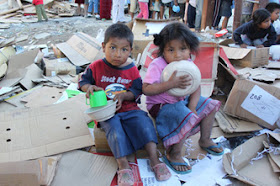 Dustin's Dream is very much alive today and has recently partnered with the John Brown University Mission Team to construct a medical clinic in Guatemala City. In 2013 the two organizations will host events and fundraisers to help raise the $50,000 that is needed to erect the medical clinic that will serve those in need of treatment.

The first fundraising event they are hosting is Dustin's Heavenly Birthday party, to celebrate Dustin's life and dreams. It will be held on Saturday, December 15, 2012 from 11:00 am - 2:00 pm in the Lowe's parking lot in Siloam Springs. Doorprizes will be given away every 30 minutes and balloons will be released at 1:00.  Lunch and birthday cupcakes will be served, with all proceeds going to support Dustin's Dream.

For those wishing to donate to Dustin's Dream but unable to attend, you may click here to email the Foundation.